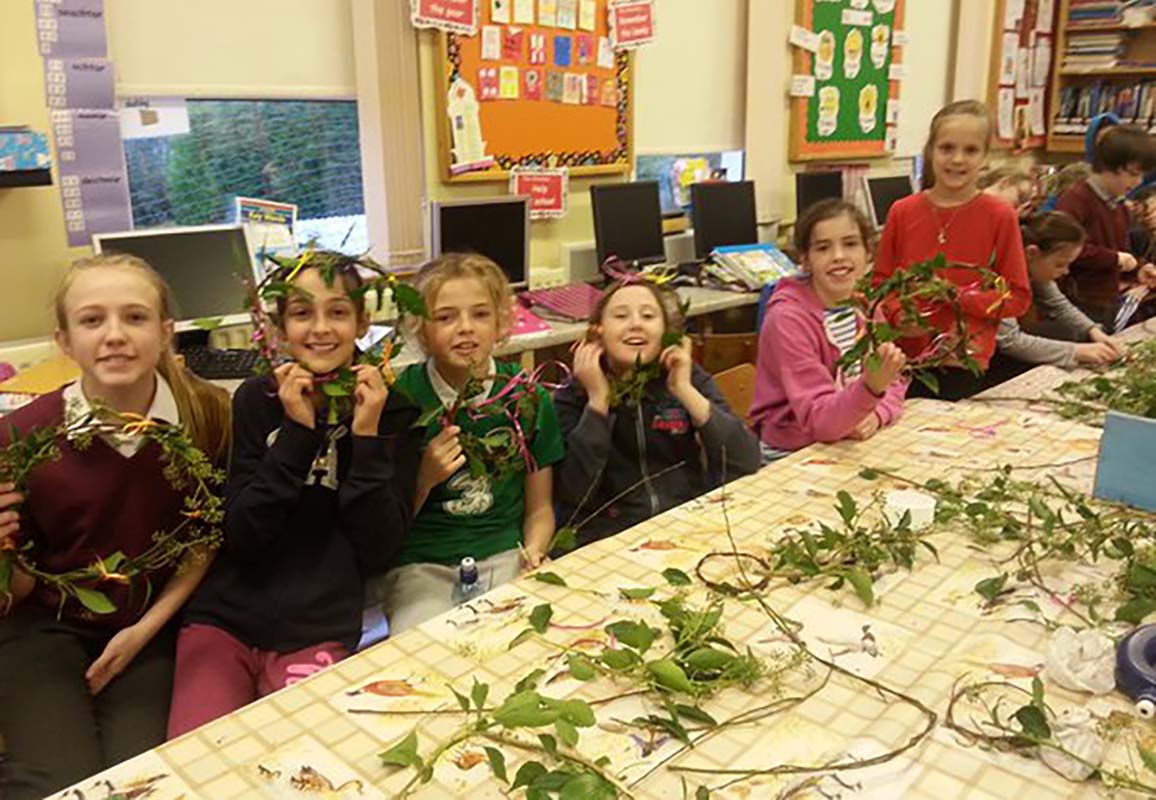 As part of our work on our green schools biodiversity flag, Aengus Kennedy came in to teach us how to make homemade birdfeeders. We made them out of a pinecone, salt free lard, oatmeal, and raisins.

Aengus also taught us how to make wreathes with willow branches, holly and ribbon. We bent the branches into a circle and then tied a knot (it was quite easy because willow is flexible) next we weaved other willow branches around it, and then we tied holly to it with ribbon to make it look pretty! Aengus was a great teacher and we had a fun day learning about biodiversity! 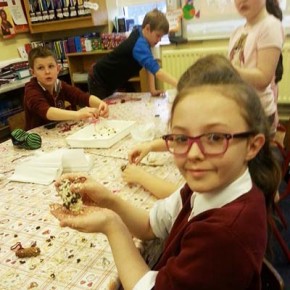 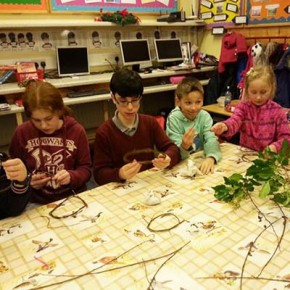 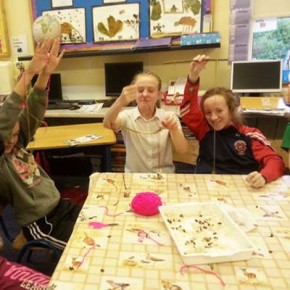 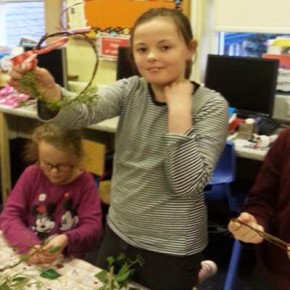